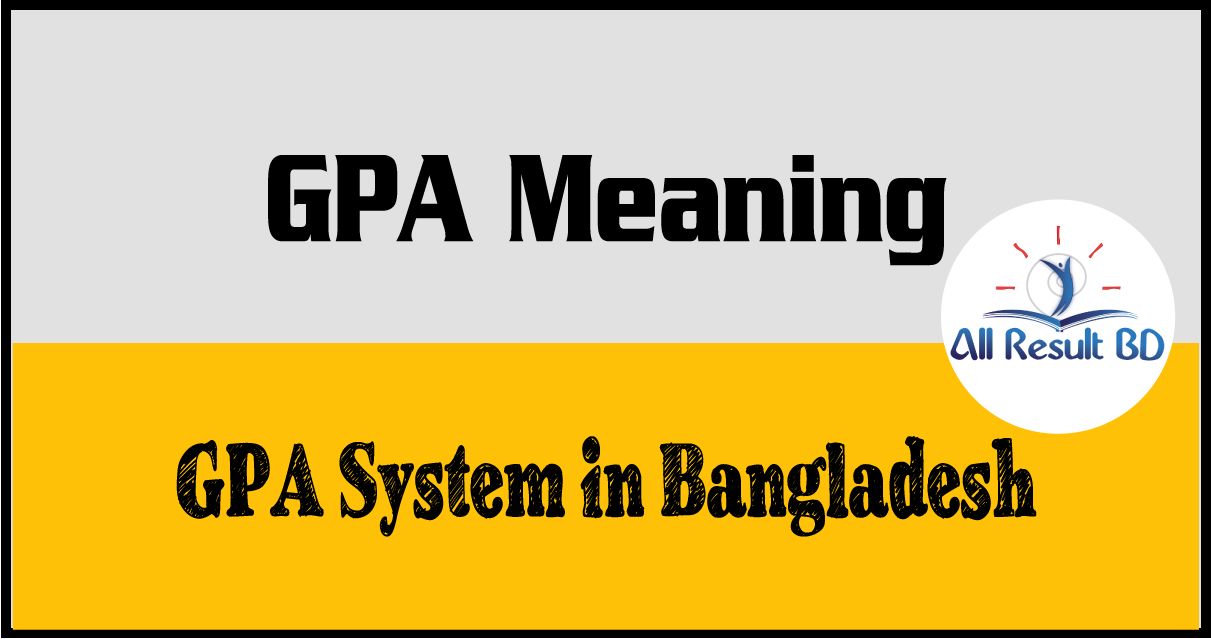 GPA Meaning is Grade Point Average. It means the point you have achieved in every course or standard. There are no international GPA standards. It varies from county to country and even varies between public and private universities of a nation. For example, in Bangladesh, the GPA calculation system is not equivalent in North South University (Private) and Dhaka University (Public). Actually, in universities, it is CGPA not GPA.

What is GPA, and What is the Benefits of It?

In today’s world, more or less, we all are familiar with the term GPA. But fewer people know what GPA meaning is. GPA shows the academic performance of one’s. It accumulated the overall performance of the courses or subjects in class or a program. Suppose, in a country where GPA- 4 means Excellent, a student with GPA- 4 will get better opportunities and advantages in the job sectors.

Grading System in Schools and Colleges

Grading system in school and colleges in Bangladesh is comparatively easier to understand. If a student gets 80-100 marks, then he or she gets A plus. Then A grade is from 70-79. After that, 60-69 is for A minus grade. Then 50-59 is B grade. Below is the comparative chart for the GPA meaning.