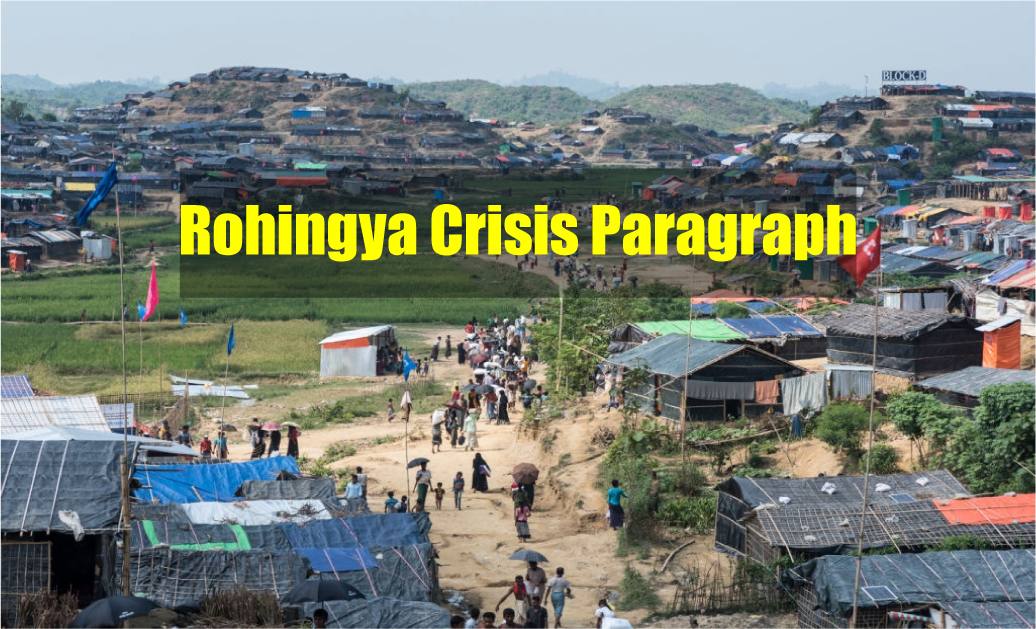 We have brought the Rohingya Crisis Paragraph so that you get all the detailed information regarding this issue and can write a well-organized Rohingya paragraph in the exam. Read it carefully and memorize by heart so that you don’t forget the important terms during the exam. Without any due, let’s begin.

Rohingya refers to the refugees from the Rakhine state of Myanmar who have fled to Bangladesh during the ethnic cleansing by the Myanmar Army. The govt of Myanmar with the security forces has oppressed Rohingya people and as per the statement of the United Nations, they were facing genocide at Myanmar. It was 2022 when they start to leave their houses and fled to Bangladesh for shelter. These refugees are known as Rohingya. Though Bangladesh has shown utmost humanity at them and gave shelter to over 1 million Rohingya people who are currently living in different camps in Bangladesh. But this caused many problems at the same time. As their camps are very congested, it is very tough to live for them. There is no good arrangement for sanitation and other necessities. Rohingyas are living a pity life. The government of Bangladesh has already discussed several times with the international agencies and Myanmar govt to retrieve the Rohingya people with honor and dignity. But Myanmar govt doesn’t seem to care for them as they are not accepting the citizenship of Rohingyas. From the very beginning, it is being told that the Rohingyas aren’t the lawful citizen of Myanmar rather they belong to Bangladesh. It has now become a severe problem for Bangladesh as Rohingyas are fleeing away from the camps and getting involved in different criminal activities. As they are living a miserable life in the refugee camps, they are being sick very often. Moreover, they are giving birth to thousands of children who will be tough to send back to Myanmar. They are also causing a great problem for our people and environment. Though different international humanitarian organizations have visited the place and suggested a quick shift of the Rohingyas, Myanmar govt didn’t take any such steps. Our govt also lacks diplomatic capability in this issue and this is why Rohingyas are not going back to their country. But this situation shouldn’t last long. Otherwise, it can cause greater problems for our people. Both the govt should discuss this issue and bring a compatible solution so that the Rohingya people can go back to their home and it should be done very carefully. The international community also should raise its voice to solve this problem as it has now become an international issue. We hope this Rohingya problem will be solved soon and our people will go back to their normal lifestyle which is very much affected by these Rohingya refugees.

Rohingya refugees in Bangladesh refer to the refugees from Myanmar living in Bangladesh. An estimated 8,50,000 to 9,50,000 Rohingya people have fled to Bangladesh since 25 August 2022, to avoid ethnic and religious persecution by Myanmar’s security forces. There are more 300,000 Rohingyas living in Bangladesh who fled in earlier violence from the Burmese government over the last three decades. Officially, Myanmar’s government does not recognize the Rohingya as lawful citizens. The government claims they were brought to Rakhine from Bangladesh during the time when Myanmar was a British colony, and the government says they are living in Myanmar illegally. The refugees who are living in Bangladesh are suffering from many humanitarian problems. They suffer from food, shelter, water and sanitation problems. Women and children are the worst sufferers. They have no scope to take a bath. For this they are becoming sick and getting affected by diseases. Now The Government of Bangladesh (GOB) is working closely with IOM and other agencies to establish a new 2,000 acre site. Site planners and engineers are working on access roads and layout of this large site to allow provision of services. Until then, services and assistance are still required in Rohingya’s villages throughout Cox’s bazar.

This Rohingya Crisis paragraph will help you to understand the Rohingya problem and you will be able to write on this problem in your own words with the help of our Rohingya paragraph. 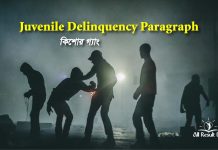 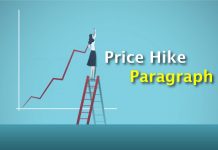 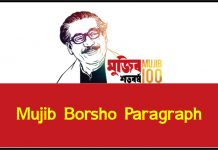