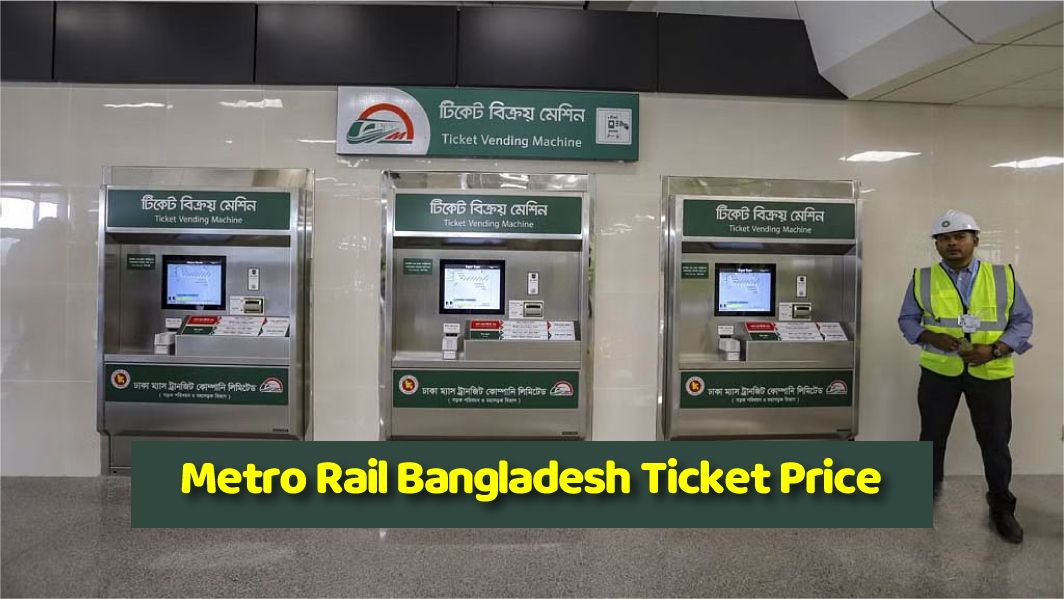 The Dhaka metro rail Bangladesh ticket price is pretty low and the citizen of Bangladesh can greatly benefit from this cheap and fast way of transportation. However, as it’s quite new to our country, many people don’t know about the metro rail fare and the ticket price.

We’ll provide all the details and information that you need to know about the metro rail ticket price and provide a fare chart that you can use to check the price easily. Make sure to read the entire thing so that you get the entire information.

The Dhaka Transport Coordination Authority (DTCA) has announced the ticket price of metro rail recently, and it’ll change the way of transportation very fast. That being said, the metro rail is still in the beginning phase, and it’ll only cover the area from Uttara to Agargaon.

So, you can expect to travel between the stations fast and at a low cost. The ticket price itself is flexible and differs considering the distance that you want to cover.

These were a few of the ticket prices that were announced by the Dhaka Transport Coordination Authority (DTCA). As you saw, it can be pretty tricky to remember all that ticket prices. So, you can take advantage of the fare chart provided on our website to take a quick look and learn all about the prices instantly.

That way, you won’t have to deal with memorizing a whole bunch of fare prices or checking the official notice over and over. The fare chart we provide has all the places listed in the most convenient fashion so that you can easily check the fare price at a glance. 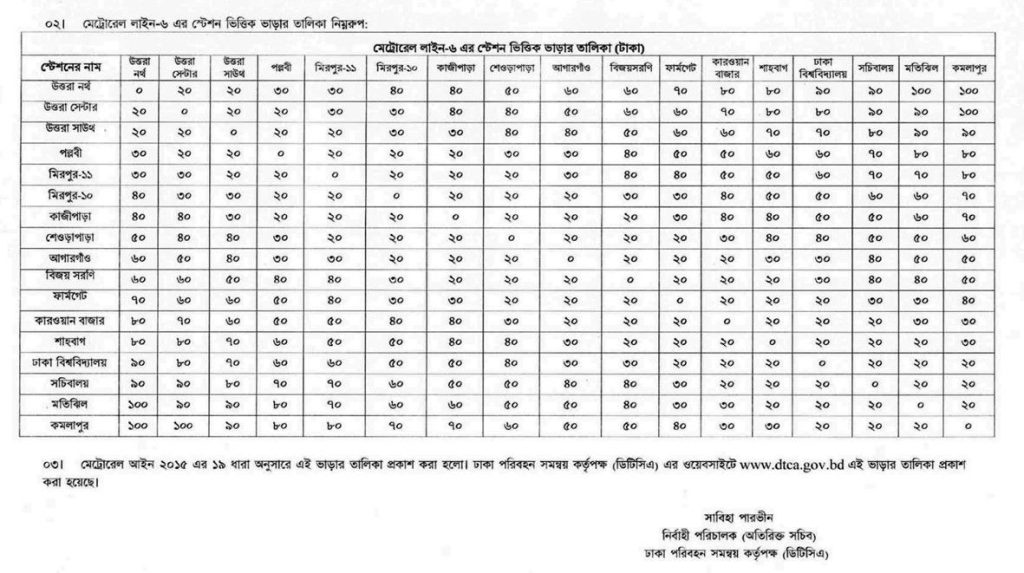 You can already see how it’ll help the people of our country move from one place to the other without spending a whole lot of money. It’s safe, fast, and affordable at the same time.

The Bangladesh metro rail is still in its beginning phase. So, the route is still not fully complete and it’s only operating from Uttara to Agargaon for now. However, once all the stations are constructed, the route should have 12 underground stations. 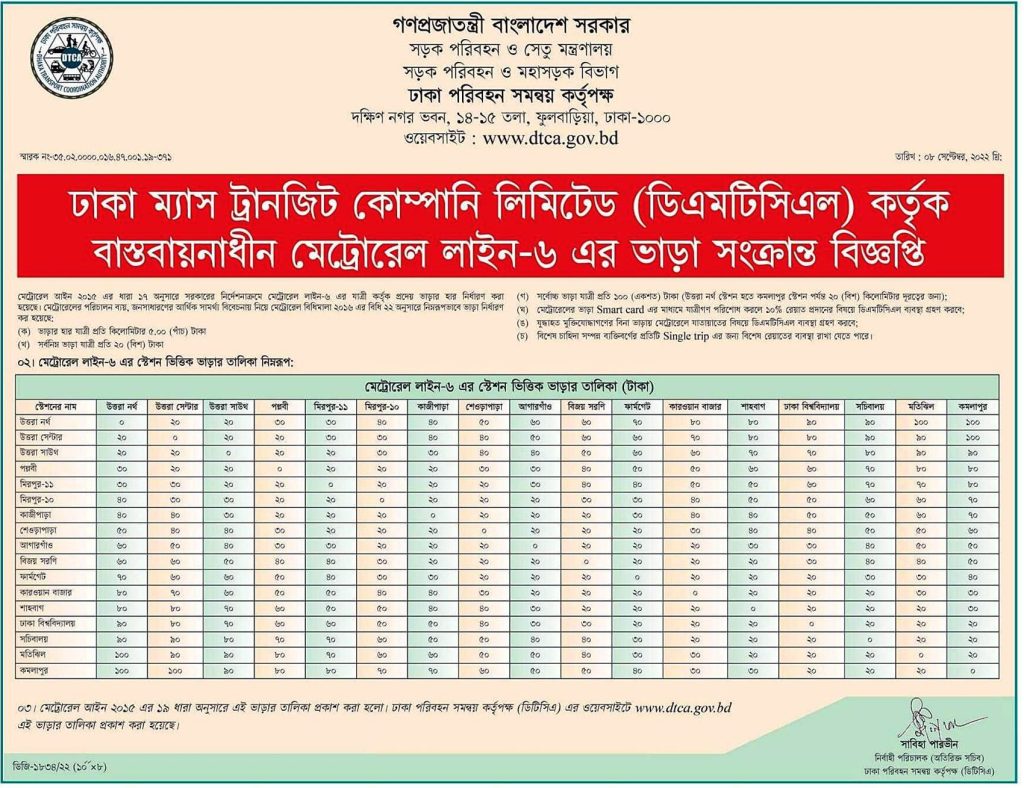 How To Use Ticket Vending Machines

A passenger has to follow several steps to buy tickets using the ticket vending machines available on the second floor of each metro rail station.

A set of easy-to-follow instructions on the purchase of single-use tickets will appear on the screen. The ticket machines have both Bangla and English language options.

You just went through the detailed discussion on the metro rail ticket price in Bangladesh. As you saw, it’s quite flexible, and you should definitely use this fantastic way of transportation to move around.