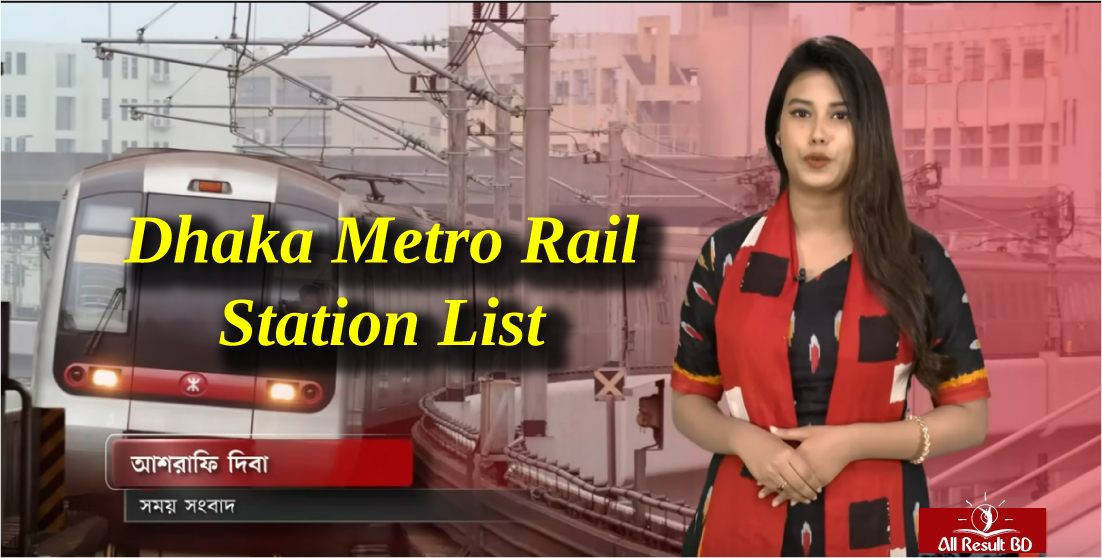 For the first time, the people of Bangladesh are going to experience the metro rail in Dhaka city. It’s an elevated metro rail system which will connect motijhel to Uttara. The metro rail will pass around 16 stations with a maintenance depot. Excessive traffic has become a common phenomenon in Dhaka. The government have taken initiatives to make less traffic so that it can save the valuable time of the citizens. People have to move from one place to another place and traffic wastes their time. The government have made effective plans to implement metro rail. You will find the Dhaka metro rail station list and map in this article.

The price charged for metro rail is already announced. The lowest amount of the charge will be 20 taka. The charge from Uttara to Agargao will be 60 taka. But there will not be any half charge like the bus or other transports. The passengers can buy a permanent card. It will give 10% discount to them. Disabled people will be able to travel without any charge.

Dhaka metro rail will start from Uttara and will run unstoppable. It will not stop at any of the intermediate stations. The train will wait for at least 10 minutes at every station. The passengers will get time to get the tickets and exit the train. It’s decided according to the Dhaka mass transit company limited officially.

The Dhaka metro rail station lists are as follows:

It’s said that the authority can increase the trip and stoppage numbers in the coming years. It will be implemented when people will be more familiar with the metro rail.

The length of the metro rail network is going to be implemented by the time-bound action plan 2030 which is under the DMTCL. It’s 128.741 kilometres. The length of the underground will be 61.172. It declared that 51 of the stations will be elevated.

What are the advantages of Dhaka metro rail?

Dhaka metro rail is implemented in most of the busiest areas in the city. It will impact a significant role in decreasing traffic. There are six MRT lines which will decrease traffic. The metro rail is around 129.901 km long. 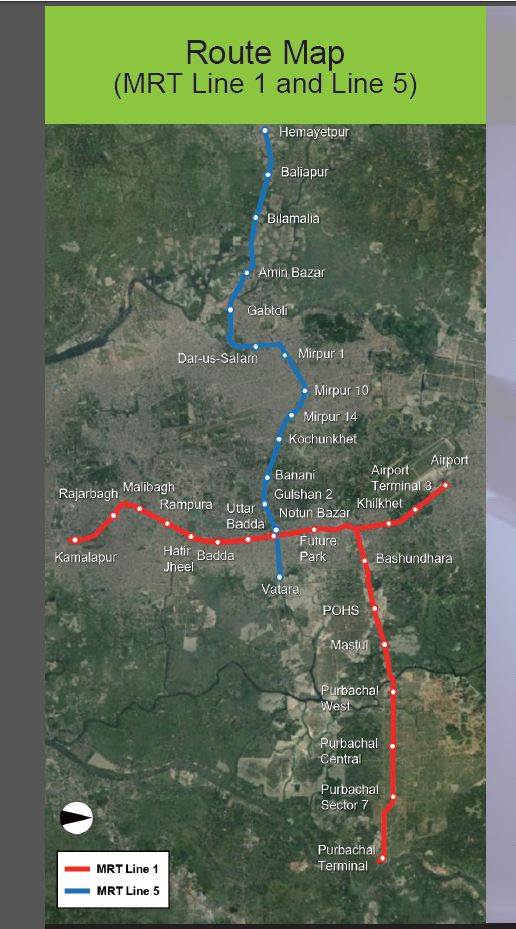 MRT Line 5 at a Glance

The experts have shared different opinions regarding the effectiveness of this metro rail to decrease traffic jam. We hope you have gone through the Dhaka metro rail station list and map. But there are some other long-term projects in the city like the metro rail. It’s an approved project system in the country. This system can decrease excessive traffic jam. The city will turn into the most comfortable, reliable and safe city in the country.